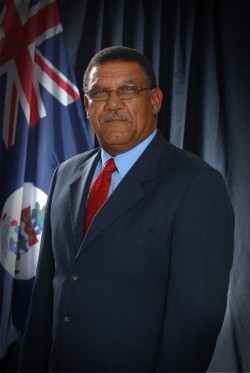 Although notified regarding Wednesday’s meeting, no opportunity was given for private Members business to be allowed, per their rights to do so. Instead, the Government decided to only discuss amendments to several bills required ahead of the upcoming Caribbean Financial Action Taskforce inspection.

Regrettably, Wednesday’s legislative assembly session was a masterclass on the consequences of running the country as a lastminute.com. The Cayman Islands ended up on the EU Blacklist because the Government buried its head in the sand and refused to listen and now, we are in danger of being on the wrong side of the CFATF. The Opposition was in the process of filing several motions and questions on issues that matter to every resident in this island and will impact their quality of life. The impact of the curfew on smaller businesses; the disparity in retirement age between the private sector and the Civil Service; delay in accessing pensions and the National Pension Report which is 10 years overdue; and the lack of action by Ofreg at a time when most people will be getting their largest bill ever from CUC, despite oil prices being at its lowest, are some of the issues that we needed to urgently discuss.

The Leader of the Opposition stated, “We are clearly walking on slippery slope regarding our constitutional democracy and its deeply regrettable, that the people entrusted to uphold these principles at all cost, are prepared to sacrifice them in the name of pollical expediency. This misuse of majority power further erodes the established checks and balances that differentiate our democracy from a regime of totalitarianism. The Opposition takes the responsibilities entrusted in it, by the people, seriously and will not participate in any proceedings which will curtail the rights of the minority by the majority.”.

Alva Suckoo, MLA Newlands said: “Walking out of the Legislative Assembly was not an easy decision, but it was the right one. It shows our disappointment that the Government does not wish to honour our democratic principles and allow the Opposition to raise concerns or challenge the government. The bad faith exhibited by the government, is the type of behaviour you would expect in countries headed by dictators. Every one of the Opposition members was duly elected and have to speak on behalf of our residents.”

Chris Saunders, MLA Bodden Town West said: “What we have is a government that does not want to be held accountable, despite accountability being a basic tenant of our democratic principles. This level of arrogance by the Government and their bad management, cannot be allowed to go unchecked. Democracy is not easy, but it’s a far better system than a banana republic. I appreciate the Premier is on his way out, but we cannot allow him to insulate his leadership actions from scrutiny, especially as its clear that his cabinet, does not have the fortitude to do so in the first place.” This is a Constitutional democracy not a parliamentary democracy and this is exactly why I had concerns about advancing the constitution to give the Cabinet more power when they are already abusing what they have. Thank goodness for civic minded people and civic groups like CPR.

Anthony Eden, MLA Savannah said: “history has shown us what happens when governments tries to suppress the voice of its people either directly or through their Opposition elected members. We all have a stake in our islands and deep abiding love for its prosperity. It is therefore regrettable, that the government does not wish to engage on those topics that matters the most to residents.”

Bernie Bush, MLA West Bay North said: “We had no choice but to make a stand, the government cannot make up the rules as they see fit. What good are rules and conventions if they are not followed for the sake of political expediency? The PPM should be reminded of their chorus against the UDP, ‘substance over process’. We all must be given a chance to represent our people and our constituencies.”