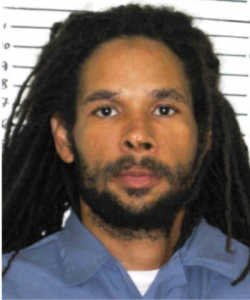 The RCIPS would like to remind the public that wanted man Simon Julio Newball remains outstanding, and are seeking the assistance of the public to locate him. The public is encouraged to call 9-1-1 immediately if he is seen, and they are advised not to approach him. He is believed to be armed and dangerous.

The police would also like to remind the public that it is against the law to obstruct a police officer in the execution of his duties. In doing so you may be liable to a penalty of a fine of $3000 and imprisonment for 4 years.

Newball was involved in an incident on 27 May where he assaulted the police and brandished restricted weapons. He is wanted on suspicion of possession of a restricted weapon, threats to kill and other offenses relating to this and other incidents. For more information see press release below.

Officers have been actively searching for Newball since the incident occurred on 27 May. Police operations were carried out today, 25 June, in the West Bay and George Town Districts, however, he was not located.

Detectives continue to encourage Mr. Newball to attend the Cayman Islands Detention Centre or any active police station across the island to surrender to custody.