Accolades on Passing of Eric Bergstrom 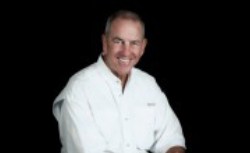 Former Minister of Tourism, Mr. Norman Bodden OBE says the dedication and love for the Cayman Islands exhibited by late director of Tourism Eric Bergstrom will never be forgotten.

"I too am deeply saddened to learn of Eric's passing. Eric, as our first Director of Tourism certainly laid the firm foundation for the successful tourism industry that we enjoy today. When tourism was in it's infancy Eric forged a close working relationship between Government and the private sector, encouraged teamwork and worked tirelessly to promote the Cayman Islands through extensive marketing and sales trips; especially throughout the United States of America that provided 80% of our visitors back in those days. Eric Bergstrom's name will always remain synonymous with Tourism in the Cayman Islands.. Mr. Bodden was Minister of Tourism from 1984 to 1992.

His comments came as the family of Mr. Bergstrom announced the pioneer's his sudden passing, Saturday 13 October at his home in Pompano Beach, Florida. Mr. Bergstrom would have turned 85 on October 14th.

In 1961 Eric Bergstrom and his first wife Suzy, visited the relatively unknown Cayman Islands. The Wisconsin native was enchanted by the islands time forgot and in 1963. He moved his young family to Grand Cayman, building the original Tortuga Club in East End, in 9 months, a record for construction with marl roads ending in a sand path to the final destination. The Dartmouth graduate, interested in architecture built an indigenous and popular remote, 10 room hotel, offering scuba diving and fishing. The tropical adventure would become a career in tourism for Mr. Bergstrom.

The Tortuga Club hosted Jacques Cousteau, Emil Gagnon, the Lord of Bath, Prince Charles and other notable guests. The five Bergstrom children look back with fondness on living without phones, TV, entertainment except of their own making, enjoying the "end of the road where all kinds of cats, dogs, and one donkey were dropped off.

Sheree noted that "Dad was one of the most honourable individuals I have ever known, he was honest and humble, and a very kind man who never looking toward the limelight. His ethics were beyond reproach and we are all better for having him as our Dad."

In 1963 The Cayman Islands Hotel Association was formed by the Bergstroms and the Hatches of Beach Club Colony. In 1966 Sir John Cumber contacted Mr. Bergstom and asked if he would be interested in heading up the Tourism Board the Government had decided to form. He agreed and gave 7 years with no pay, but complete devotion. In a few years, he was made the Chairman of the Caribbean Hotel Association and was greatly respected by all the Island members. In 1969 he received the MBE (Hon) for his contributions to tourism. In 2017 he was honoured during Heroes Day receiving an award for Pioneer in Tourism.

The Department of Tourism was formally launched in 1972. The Hon, Warren Conolly, who at that time had responsibility for tourism, appointed Mr. Bergstrom as Cayman's first Director of Tourism in late 1972. Subsequently, Bergstrom worked with the Hon. James M. Bodden and the Hon. Norman Bodden. Harding Watler, the permanent secretary also worked with Eric for many years and states, "I am very saddened to hear of Eric's passing. He was truly a pioneer and an important part of Caymans emergence and success as an upscale Caribbean tourism destination". A true professional, who kept Cayman on the path of continued growth in quality tourism. He will be missed by all who knew him".

Mr. Bergstom was integral in the overall development of the Caribbean Hotel Association, which he also served as a Director. It was established and registered in the Cayman Islands in 1963. Mr. Bergstrom was also heavily involved in the Cayman Rugby Club and was a keen sailor. He could be seen racing his small Boston whaler during the Easter Regattas.

Mr. Bergstom retired in 1989, relocating to the United States with his second wife Nancy. They travelled extensively around the world, ranching in Arizona, and finally settling in Florida. He was given the Presidential award by U.S. President Barack Obama for his volunteer work, where he served as a Ranger in Arizona and a volunteer police officer in Stuart, Florida. He became extensively involvedin his church and was baptized in 2012leading men's bible studies.