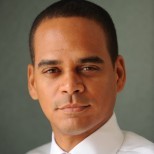 The two legal professional associations, the Cayman Islands Law Society (CILS) and the Caymanian Bar Association (CBA) announce they are due to merge later this month following approval by both memberships in June. Under the plan approved by membership, a new body, the Cayman Islands Legal Practitioners Association (CILPA) will assume the functions of the CBA and the CILS. A joint press release says the establishment of CILPA marks the first time that the entire legal profession in Cayman will be represented by one association.

CILPA will continue the current objectives of the CBA and CILS following the merger. Its mandate will include:

"For the CBA, the merger with CILS into CILPA is both poignant and a moment for renewed optimism. CILPA will be democratic, transparent and with adequate resources to meet the challenges we face, as well as being committed to the training and development of Caymanians within the profession," said Neil Timms Q.C, outgoing CBA President.

"Both CILS and the CBA played crucial roles for the legal industry in Cayman, representing legal professionals as a whole, encouraging the study of law and promoting honourable practices for a number of decades. Both associations were essential and important in their own right, however, the time has come for us to merge our knowledge and experience in the creation of an association designed to progress and protect the objectives of both," said Alasdair Robertson, outgoing CILS President.

"The future is bright for the legal industry in Cayman. This merger is a hugely positive step for our profession and we are looking forward to the growth and development of Cayman's legal sector. The creation of CILPA allows us to bring together an extraordinary wealth of knowledge and resources from both previous bodies, allowing us a larger and more accomplished platform to ensure the continuation of service to Cayman's legal industry," said David Collins, Interim President Elect of CILPA.

The composition of the council both initially and going forward is on the basis that (a) no less than two CILPA members are sole practitioners or from a law firm or law firms employing less than ten attorneys-at-law; and (b) up to five CILPA members are from law firms employing ten or more attorneys-at-law. No more than two members of council may be practicing law with the same law firm. All members of the initial council are Caymanian and going forward at least a majority must be Caymanian, with the President being Caymanian.

Membership is open to all attorneys-at-law with Cayman Islands practicing certificates.