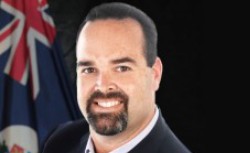 The House of Commons Foreign Affairs Select Committee in London is examining the role of the United Kingdom and British Overseas Territories and on this afternoon will hear first-hand from Mr. Eric Bush in his role as the United Kingdom representative for the Cayman Islands.

According to the Committee’s website, “This review will consider the resilience of the Overseas Territories, how effectively the FCO manages its responsibilities toward them and how it envisages their future.”

In the written submission, the Cayman Islands has recommended, among other things, that sufficient safeguards be put in place to protect OTs from future constitutional overreach by the Houses of Parliament, that the UK Government designate ministers in each relevant department to ensure the Cayman Islands has total cross-Whitehall participation and that the Cabinet Office make every effort to involve the Government of the Cayman Islands in all elements of Commonwealth engagement, short of full membership at this time.

A similar review was conducted in 2008 and the results prompted the UK Government to create and adopt the 2012 Whitepaper, which is the most recent UK policy document regarding the Overseas Territories.