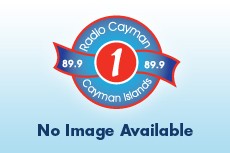 It is stressed that for any award, long service is not enough. Nominations must be supported by a persuasive account of the outstanding or innovative or self-sacrificing services and achievements of the nominee, whether paid or unpaid, in one field or several, and what has raised them above those of others performing similar services.

Honours Nomination Forms can be requested by e-mail from penny.knight@fco.gov.uk. Copies can also be found on the Governor's Office website (www.ukincayman.fco.gov.uk). Please make every effort to fully complete all the relevant sections. Once completed, the forms should be submitted, under confidential cover, to the Governor's Office. While all recommendations will be acknowledged, the Governor's Office cannot enter into correspondence about the action taken on them.

For any further information please contact the Governor's Office on 244-2401.

For more information on this story, please contact Radio Cayman at 345-949-7799 or via email at rcnews@gov.ky