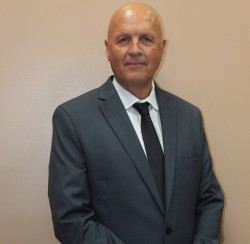 The Judicial and Legal Services Commission (the “JLSC”) recently carried out an internal recruitment process wherein Magistrate Foldats was recommended as the successful candidate. His Excellency subsequently accepted the recommendation.

“I am pleased to appoint Magistrate Foldats as the next Chief Magistrate. I am confident that his skills, experience, knowledge, passion, and commitment will all serve him well as he takes up his new role. I look forward to watching his contributions towards future advancements in, and development of, the Summary Court” His Excellency said. “I would also like to publicly thank Chief Magistrate Hall for her commitment and dedication to the Summary Court over the past ten years” His Excellency continued.

Chief Justice Smellie concurred with His Excellency’s sentiments and added “Magistrate Foldats is a very well respected Magistrate who has served in the Summary Court full-time for over eleven years. His colleagues and I welcome his appointment and look forward to his continued innovative work on the Diversionary Courts.” He continued “While we will formally bid goodbye to Chief Magistrate Hall at the Opening of the Grand Court later this month, I take this opportunity to thank Chief Magistrate for her leadership and dedication since her appointment.”